Please login, or if you haven't registered please register and help out our cause of creating the first Anon Town.

It's exactly what you think it's going to be.

| I need writers for a newsletter that will be sent to every current member. If you feel as though you could do this job effectively PM me. -Jake. |
| We also have an IRC channel if you would rather use that over the chatbox. It's at #anontown on rizon.net |
| W̶e̶ ̶S̶T̶I̶L̶L̶ ̶n̶e̶e̶d̶ ̶r̶e̶g̶u̶l̶a̶r̶ ̶m̶o̶d̶e̶r̶a̶t̶o̶r̶s̶ ̶f̶o̶r̶ ̶t̶h̶e̶ ̶G̶e̶n̶e̶r̶a̶l̶ ̶f̶o̶r̶u̶m̶s̶, t̶h̶e̶ ̶Q̶u̶e̶s̶t̶i̶o̶n̶s̶ ̶f̶o̶r̶u̶m̶ , ̶t̶h̶e̶ ̶T̶r̶o̶l̶l̶ ̶f̶o̶r̶u̶m̶s̶ . We need MODS for the chatbox, pretty simple but if you're on alot then PM me about becoming one. -Jake. |
| Remember that I value everyones opinion about what to do with the site or how we're going to do things in Scenic, SD. If you have a really good idea feel free to send me a PM at anytime - Jake. |
Attention EVERYONE WHO NEVER POSTS. You will be deleted if you have never posted on here, so on August 11 I will check the post counts and if I see anyone with a zero post count you will be deleted to make room for users who will actually contribute.. - Jake.

I've composed this list of stuff, please PM if any of it is inaccurate, or if i left anything out. i do believe this will be useful for all sorts of documents.

please do NOT discuss on this thread. It is solely for informative purposes.


Explanation
• Scenic is a small town in South Dakota for sale for $800,000. We plan to buy it and turn in into a commune of sorts. We plan to have around 200 original inhabitants, and then as we become stable and fiscally able, we’ll expand both in population and area.
• The town is located 45 minutes from Rapid City, which is the second largest city in South Dakota. In the early days we may or may not use this to our advantage in terms of supplies.

Funding
• As of August 2,, 2011, we have $19,510 pledged to be donated as soon as the resource pool is decided.
• We have a further $3,000 pledged if we reach 10%($80,000) and $65,000 pledged if we reach 25%($200,000).
• There are quite a few people mining BitCoins, PM me for further information.
• We’re also in great debt to FluffySheepz, who has pledged to match all donations up to the full $800,000.
• Along with donations and pledges, we’re currently looking into a number of grants from the US government for various projects we have in mind, such as aquaponics and alternate energy.
• In the event we raise any amount of money, and then it falls through, all money shall be returned to the donator. this is another reason creating a donation pool is taking so long.

Housing
• As of now there are a few ideas for housing in the time immediately following the acquisition and “settling” of the land.
• Depending on the state of the dance hall, the residence homes etc, many people will probably start out in tents.
• We’ve looked at:
o shipping containers as start up dwellings, costing around $2500 each used.
o FEMA trailers, of which cost $850-$8k each.
o Steel buildings, which size and cost vary greatly(for more of a barracks style housing with everyone in the same room).
o Cob housing, with is creating a building material from sand, clay, straw, and water. cheap and effective, allegedly fast building.

Food
• The issue of food has been very big, and there have been a few ideas brought to light:
• Hydroponics, where the plants are planted in water and fed a cocktail of minerals to keep them healthy and alive.
• Aeroponics, which is conducted without a growing medium.
• Aquaponics, which seems to be the most promising, is using a combination of fish farming and hydroponics. The fish waste provides the nitrates for the plant growth, supplying us with both vegetation and fish to eat.
•Another idea discussed is chicken farming, primarily for the eggs, not the chickens.

Electricity
• The amount available at first via original infrastructure is unknown, but in the future we plan to embrace renewable energy.
• There climate is generally sunny, providing a good place for solar panels, although they are generally expensive.
• The area is fairly windy, and thus a candidate for wind turbine power.

Post Purchase Income
•A main source of income is predicted to be tourism.
•another potentially large source of income would be the reported fossils and gemstones(?) in the area.
•Distilling and selling various alcohols is planned to be up and running fairly shortly after we arrive, the saloon is likely to be one of the first places fixed up and stocked.
•The general store will be town/anon owned, and can be used to supply a few jobs and a possible income.
•There already is a museum, which could be restored and used to house all the antiques/fossils, and possibly generate an income from the potential tourists. 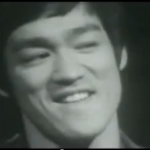 Things you have to look out for: Winter, it's long, it's hard, it's deadly. Drought, honestly every summer we get freaking notifications for lack of rain, not sure if it's outside of Sioux Falls but I'm sure it is. Also tornadoes we get hit quite a bit (not Sioux Falls) but smaller towns have been known to be struck. But honestly windmills would be perfect, whenever I go to Minnesota I see so many turbines. Solar panels wouldn't be too bad.